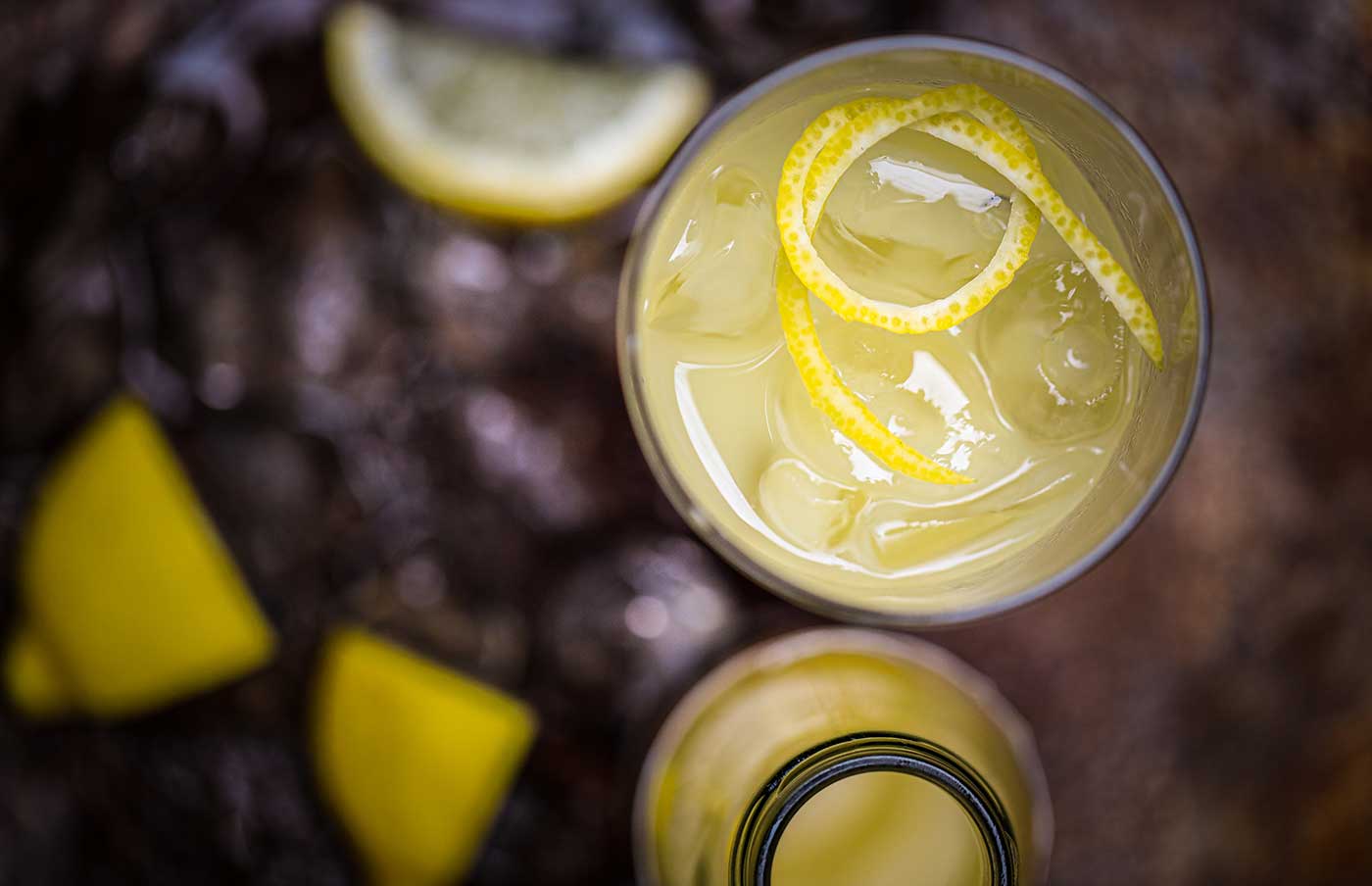 We named our Ginger Beer after Nomoli tribal figurines, the bearers of good health, this zingy ginger beer is inspired by a traditional Sierra Leonean recipe. We’ve bottled it with our own interpretation, of course.

Nomoli figurines are stone sculptures found in an area centered in southern Sierra Leone. These ‘nomoli’, as they are usually called, were made and used in the area where they are found, rather than having been imported. It is believed that these figurines were made by the groups of peoples called ‘Sapes’ by the early explorers of the region. This is partially confirmed by the fact that features of these people at the time of the first contacts seem to correlate with features found on nomoli.

Originally intended as ancestor figures, these stone statuettes are used by some of the modern inhabitants of Sierra Leone as ‘swearing’ devices and to help increase agricultural yields.  The ‘monstrous’ appearance of many of the nomoli might be due to their being carved as representations of krifi or of heads of secret societies.

As to their dating, stylistic relationships between some of the nomoli and some of the ancestral figures in the Sudan, along with an apparent influence from that area dated about the seventh or eight century A.D., might mean that they were first manufactured at that time.

Nomoli tribal figurines were thought to be bearers of good health, and they have often have a color very similar to our beloved root ginger, used for making Sierra Leonean fiery ginger beer.

The health benefits of ginger 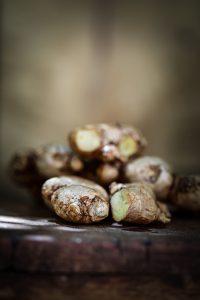 Its official name is Zingiber officinale. The rhizome, more commonly known as the root, is what you are likely familiar with. The root is spicy and peppery in flavor, with loads of medicinal properties. It’s used all over the world in culinary and clinical applications—both for good reason.

Ginger has been called a super food time and again, but what makes it so powerful?

This root has the following superpowers.

Ginger can support almost everything regarding digestive health. Functional dyspepsia is the clinical term used to describe upper abdominal discomfort like acid reflux that is thought to be related to slowing of the digestive system. Ginger has been shown to help these issues.

Ginger helps increase the body’s ability to empty food from the stomach more quickly—known as gastric emptying. With this increased motility in the digestive system, it’s less likely that heartburn or indigestion will occur. In fact, one study of healthy participants showed that taking ginger capsules (1200 mg) with a meal stimulates digestion so much that gastric emptying speed was doubled! Imagine the relief that would come from food leaving your stomach twice as quickly.

The more efficient your digestion is, the more energy you will have because researchers have found that approximately 60 percent of your body’s energy goes to metabolism. If ginger can improve digestion, your metabolism will improve and energy will be more available. This is possible because the quicker you can digest your food, the faster you will absorb the vitamins and minerals from the foods you eat. You will also have less undigested food in your digestive tract; food consumes energy when left undigested. So not only does ginger stimulate digestion by improving symptoms of dyspepsia and speeding gastric emptying, but it also benefits your overall energy levels.

High blood pressure (known as hypertension) is a common symptom of the standard western diet, which is high in processed foods. When hypertension is left untreated it can lead to damage to your arteries, heart, brain, kidneys, and eyes. Doctors frequently prescribe blood pressure medications to their patients, but what if you could reduce your blood pressure naturally?

Ginger has been shown to improve blood pressure (in conjunction with medication) by acting as a vasodilator—it expands your blood vessels. This is helpful for increasing circulation in the body, which reduces the overall blood pressure throughout the body. Ginger also contains potassium, a mineral that research has found can help lower blood pressure.

Nausea is no fun. Whether it’s from motion sickness, morning sickness, post-surgery effects, chemotherapy, or pregnancy, nausea is not an experience anyone wants. And when you do experience an upset stomach, you’d give anything to make it end! Enter ginger.  Ginger has been shown to be an effective remedy for nausea related to pregnancy and chemotherapy.

Not only does ginger provide relief from post-surgery nausea, it can also help cancer patients. In a study of both adults and children undergoing chemotherapy treatments, ginger was found to be effective in providing relief from the nausea that accompanies those treatments. Based on the scientific evidence, ginger is definitely worth a try when you’re experiencing nausea of any kind.

Inflammation occurs naturally even in healthy individuals. It’s a natural and healthy response to protect the body from injuries or sickness. However, when inflammation is excessive or chronic, it can be very damaging. In fact, researchers have found that chronic inflammation is at the root of many common diseases such as heart disease, autoimmune disorders, and cancer.

If you aren’t convinced of the medicinal properties of ginger yet, you will be now!  Researcher have found that ginger is an effective antibacterial for many drug-resistant bacteria in clinical applications. In their study, the researchers stated that “ginger has great potential in the treatment of many microbial diseases such as Bacillus and E. coli.” The antibacterial benefits don’t stop there. In oral health, two types of ginger have been shown to inhibit the growth of pathogens that contribute to periodontitis (inflammation of the gums that is caused by gum bacteria). The antibacterial properties that ginger possesses show that food truly is medicine.

Many women know how debilitating menstrual pain can be. There are over-the-counter pain medications dedicated to this specific pain, but ginger may also provide relief.  One study found that ginger is as effective as ibuprofen in reducing the pain associated with dysmenorrhea (painful menstruation) in women. Menstrual cramps in the abdomen and lower back are common in dysmenorrhea. That’s great news for women! Next time you experience cramping during your menstrual cycle, give our Nomoli ginger beer a try.

As stated earlier, ginger is helpful in reducing blood pressure, but it’s also beneficial for cholesterol levels. Ginger has been found to reduce cholesterol levels—specifically reducing low-density lipoproteins (LDL).  “LDL cholesterol is called ’bad’ cholesterol. Think of it as less desirable or even lousy cholesterol, because it contributes to fatty buildups in arteries.” That fatty buildup is known as  atherosclerosis and it, it increases the risk of heart attack and stroke.

How can you incorporate ginger into your daily routine?

You can purchase a box of 3 or 6 from our shop. 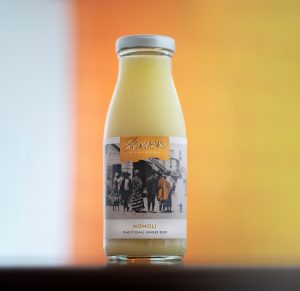 Available to purchase in boxes of 3 or 6 from our shop.

We use cookies to ensure that we give you the best experience on our website. If you continue to use this site we will assume that you are happy with it.OkCookies Policy