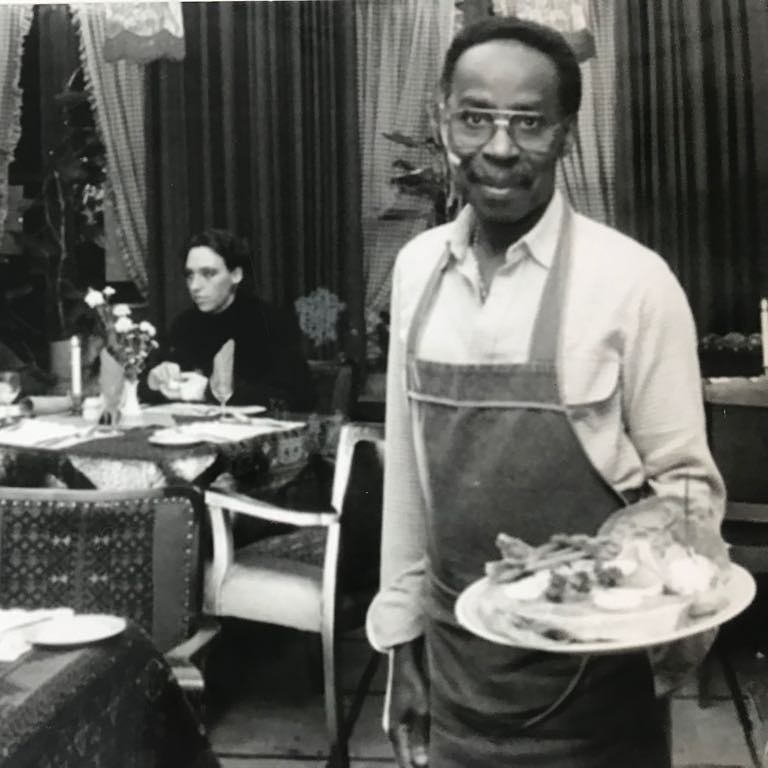 I thought I would write a piece about my grandfather, Issa Fofana.   Who emigrated from Sierra Leone to Europe and ran a small restaurant in Holland.

Issa grew up in Lalehun village which is located 40 km (approx. 1.5 hours) from Kenema in Gola Central area.  He lived with his mother and father who was the local Imam.  My grandfather was able to gain a job on a ship where he served as a Chef.

He was always interested in food and later he settled in Maastricht Holland, where he married his wife Gerda. Issa was always interested in food and this led him to open a bistro called Het Gildenhuis.   A bistro is a  a small restaurant, serving moderately priced simple meals in a modest setting with alcohol.  It’s an incarnation of the Parisian bistro’s that were common in the 19th Century.

My Grandfather sadly died quite young but keep in touch with his wife Gerda and three children Robert, Steven and Annelise who are all still living in the Netherlands / Belguim.

Get served all things Shwen Shwen, from press, events and new products.